We do not go to the pharmacy only for medicine

We do not go to the pharmacy only for medicine - it showed a recent representative survey conducted by ppm factum.
Unsurprisingly, we come to the pharmacies mainly because we procure a doctor prescribed or OTC medications or supplements. However, recent personal interviews with a representative sample of the Czech population showed that nearly a quarter of those who last year visited a pharmacy, bought here some food goods. In addition, more than a fifth of shoppers admitted that they bought at the pharmacy some cosmetics.
Additional assortment in the Czech pharmacies receives a relatively high shoppers´ response.
Ranking of reasons for pharmacies visits illustrates the following chart: 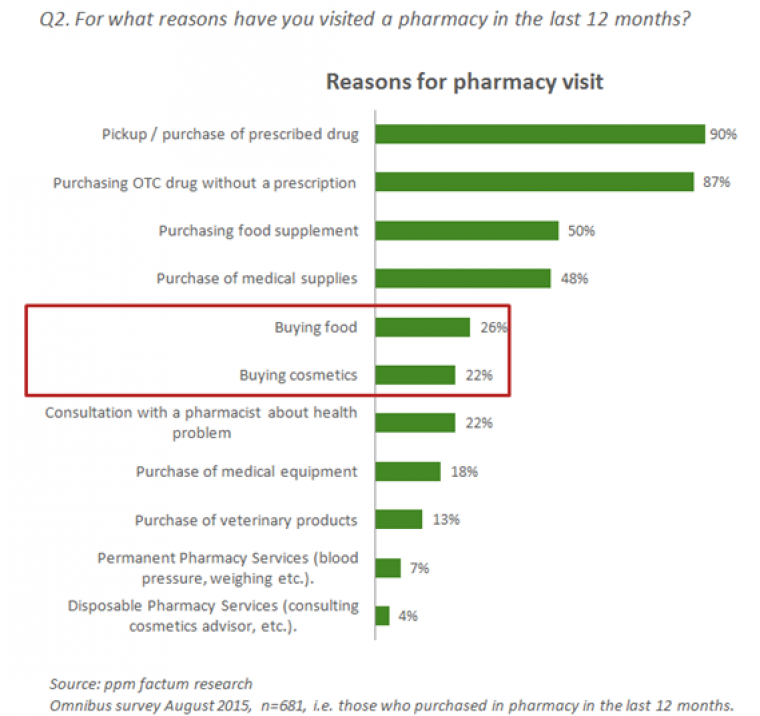 Other insights that brought the study:
•  procurement of drugs and medical supplies in the Czech Republic is mainly the role of women,
•  more than a quarter of the population over 15 years of age did not visit a pharmacy in the last year (in the age group up to 29 years, it was almost a half),
•  not only seniors over the age of 60 years, but also people with a university degree shop in pharmacy significantly more often compared to the overall average.